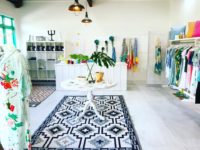 Caravan by Tania Cooper is proudly designed and manufactured here in New Zealand in the Beautiful Bay of Islands.

There is a basic Summer and Winter range each year, with additions throughout those seasons.

The name Caravan came from the nostalgic, iconic New Zealand holiday in a beautiful bay somewhere. relaxed and casual, reflecting the clothing we create.

The inspiration for the designs comes from the fabric first, with an emphasis on beautiful prints and quality fabrics using mainly natural fibres where possible.

The designs are not restricted to any particular age group. They are comfortable and easy to wear with flattering lines for all shapes and sizes.

Caravan pants were one of the first designs in 2003 and still remain one of our most popular items. They are an easy comfortable fit and are extremely flattering on all sizes from a 6 to a 20. 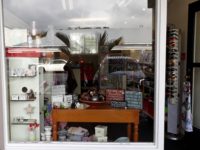 “Wish” Gifts is a new gift shop right in the heart of Russell. We stock quality gifts for everyone, at all prices. Our aim is to have something for everyone. Some of these things are:

(these hours are subject to change)

We are manufacturers of natural soap and skin care products. Our soaps are suitable for all the family especially those with sensitive skin & suitable for eczema & dermatitis sufferers.

Our aim is to provide an affordable natural alternative to commercial soaps. We use the best natural ingredients & supply to Organic outlets, Supermarkets, Health food shops and our natural dog soaps are available at all good Vets & Pet stores in New Zealand.

Russell Four Square is listed as a Category 2 building in the Historic Places Trust Register. It is the only surviving 19th Century trading store still fulfilling it’s original purpose on the Russell waterfront.

Many Four Square Stores are of important historical significance in the development of this country.

One such store is Russell Four Square, which is listed as a Category 2 building in the Historic Places Trust Register, (Category 2 standing for a significant place).

It is the only surviving 19th Century trading store still fulfilling it’s original purpose on the Russell waterfront.

Built in the 1880’s, the store was strangely designed. The sleeping quarters were upstairs and were reached by an outside staircase. The stairs have long gone and access is now by way of a vertical ladder onto a flat roof leading to a porch. Consequently upstairs is no longer used. The kitchen-living room was a stand-alone single storey building situated in the back yard of the shop…

Some information contained within this article was sourced form an article by M. King in the Russell Review Volume 4 1981 with the kind permission of the Russell Museum.

Groceries and provisions – They locals know this as the Front Shop, come in for fresh vegetables and supplies. 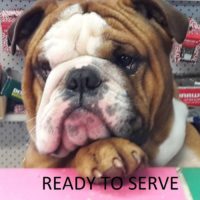 Visit us in historic Russell (Kororareka), centre of the beautiful Bay of Islands, New Zealand.

South Sea Art in central Russell stocks NZ artists, both local and further afield. A delightful gallery, run by a passionate curator – who can offer framing and shipping services as well as fine prints, oils and sculptures. A must see in Russell.

Where: 15 York Street, Russell, Bay of Islands.
Look for our handsome refurbished old building in the main street of Russell. 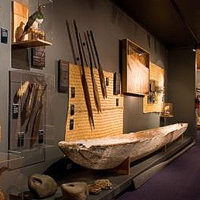 The Russell Museum tells the story of the development of Russell/Kororareka, from a small Maori fishing village, to a port of call for visiting ships and whalers to today’s tourist town.

The collection features Maori taonga, a small waka (canoe), a one-fifth scale model of Captain Cook’s Endeavour, an original whaleboat and mementos of game fisherman, Zane Grey plus much more.
Enjoy watching the DVD of historic Russell and see the exhibitions.

Stroll through the Museum grounds and discover the Maori herbal plants in the garden.
The Museum shop features a wide range of special gifts, souvenirs and historic books.